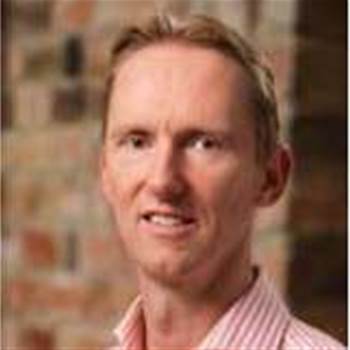 Service Stream is looking for a new chief information officer just 15 months on from appointing Hubert Van Dalen after "cultural differences" resulted in the IT executive departing the utilities provider.

Van Dalen worked his last day at the ASX-listed firm in January, capping off a year-and-a-half stint.

He had joined in November 2014 as the replacement for former CIO Craig Wishart, who left to take up a similar role at IT solutions company UXC.

"15 months was a bit of a disappointment," he told iTnews.

"But in those 15 months I feel like I achieved a lot."

He cited the creation of an IT strategy and solutions architecture aimed at avoiding customisation, business process transformation and ensuing ERP overhaul, improvement of IT operational performance and business engagement, and the introduction of a government and control objective framework as his proudest achievements over the 15 months.

After taking six weeks off to, among other things, bike ride solo 1167km from Sydney to Melbourne through Thredbo, Van Dalen is now ready to tackle his next challenge.

He is specifically looking for change and transformation opportunities related to IT maturity, and wants to get his hands dirty in the health, resources, construction or utilities industries.

"Companies in [those sectors] can have a lot of room for improvement with their business processes," he said.

"And if you look at what we did at Service Stream in 15 months - we made immense progress - I think I can add a lot of value there."

Prior to joining Service Stream, Van Dalen spent two years as the global IT manager for Orica.

His career in IT began in 1998 with he was appointed the ASEAN IT operations manager for Atos Origin, and continued with stints across the globe at Logica, CMG, Philips Semiconductors, and in Australia as Westpac's head of IT service delivery.

Van Dalen also spent a year running his own IT consultanacy before joining Orica to deliver a global standard for its infrastructure and operations.

Service Stream has been contacted for detail on its future plans for the CIO role. At present, former Asahi Holdings CIO Anthony Bereznicki is acting in the role.