'Serious games' for the Aussie industry 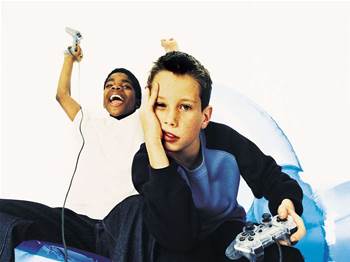 The Australian game development industry is getting 'serious' about software development for medical, military and educational applications.

According to a 2009 Bond University report, 68 percent of Australians play computer games - a market Ben Kilsby, CEO of simulation company Holopoint Interactive, is keen to address.

Kilsby defines 'serious gaming' as the application of video game methodology and technology for "purposes that are not entirely entertainment".

Describing a generation of non-linear thinkers who are becoming decision makers in the workforce, Kilsby expects a new wave of serious games for training and education.

In March, McDonalds Japan launched a US$2.2m (A$2.5m) effort to develop eSmart, a employee training game for the Nintendo DS. Japanese media reported that McDonalds would install two DS consoles in each of its 3,700 restaurants nationwide.

John Welsh of Adelaide-based Sydac told iTnews that serious games allowed complex situations to be presented in a simple way.

"The premise of serious games is a mechanism by which you can communicate more effectively perhaps in different ways," he said.

"The essential component is it has to include some subject matter expertise," said Welsh, a development manager at the defence simulation company.

Describing war survival game Six Days in Fallujah, which met with controversy when it was announced last April, Welsh said there was a "real risk" of serious games being perceived to trivialise major issues.

And while the U.S. military used games like America's Army and Full Spectrum Warrior for education and recruitment, Welsh said there were dangers in assuming real-life military operations would go as planned - as they would in-game.

"It's [serious games] got to be used intelligently and the design aspect has to be intelligent as well," he said. ""In real life, things don't go like clockwork."

According to the Korea IT Times, the South Korean Ministry of Culture, Sports and Tourism planned to spend 80 billion won (A$79m) on serious games last year, in view of growing the industry to 500 billion won (A$497m) by 2012.

But Welsh said the U.S. serious games market was the most prolific, spending "several billion dollars" on developing games for the education industry alone.

Kilsby said the Australian serious games industry was still in the early phase of development.

"We're a fairly conservative country in the Western world," he said. "The uptake of serious gaming is few and far between, and developers really need to be looking overseas for a customer base."

However, he said there was "some Government support".

This weekend, the Royal Institution of Australia and South Australian Department of Further Education, Employment, Science and Technology are hosting a Serious Games Training and Employment Expo to discuss opportunities in the industry.

The Department of Foreign Affairs and Trade launched 'Snap That!' at the Shanghai World Expo this month, which is designed to promote cultural education for Chinese and Australian primary schoolers.

Also in the works for Sydac is Alternator, a car racing game supported by a $325,000 ABC grant that challenges eight to 18 year olds to design vehicles that run on renewable fuel.

"All in all, I think there's a really bright future [for serious games in Australia]," Holopoint's Kilsby said.

"I really think that this is going to be a huge market going into the future ... I think the country is really well placed to be a global leader in serious game development," he told iTnews.