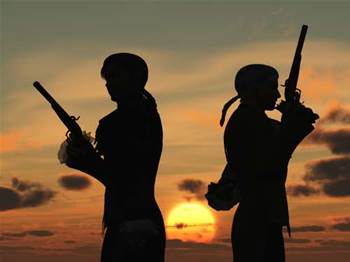 Oversight of the re-aligned national broadband network project is being fiercely contested in the first days of the new parliament, with duelling proposals aired for separate committees.

Ludlam positioned the new committee as a replacement for the joint NBN committee, which had been chaired by Rob Oakeshott until the recent federal election.

Ludlam said he had written to Turnbull on October 17 seeking advice on whether the joint NBN committee would be re-established under Coalition rule.

"I had no response from Mr Turnbull. He has not re-established the joint NBN committee and I do not believe that he seeks to," Ludlam said today.

But Turnbull later told the lower house he had agreed with shadow ommunications minister Jason Clare "that there would be a joint committee on the NBN as there was in the last parliament."

"We agreed that should be the committee that dealt with [the NBN]," Turnbull said.

Turnbull said if the joint committee was replaced by a Senate-only committee, it would preclude Clare as well as Labor's shadow assistant minister for communications, Michelle Rowland, from participating.

Comment was being sought from a spokesperson for the shadow minister at the time of publication.