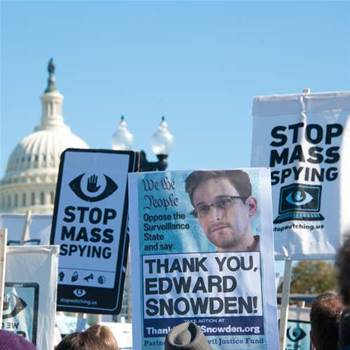 The Senate has agreed to review the government’s surveillance legislation, heeding calls for scrutiny by Greens senator Scott Ludlam.

Ludlam today moved that the Legal and Constitutional Affairs References Committee investigate a “comprehensive revision” of the country’s Telecommunications (Interception and Access) Act 1979 before June 10, 2014 and the introduction of the new Senate - following ongoing international revelations about governmental spying activities.

Ludlam said the move was a welcome first step in reining in surveillance overreach.

"The complicity of silence about surveillance in Australia broke today when we opened up an opportunity for Australian experts, agencies and individuals to participate in a conversation of what surveillance is necessary and proportionate,” Ludlam said in a statement.

"A review of the deeply flawed Telecommunications (Interception and Access) Act is well overdue. It is the tool used to bug and snoop on Australians.

"Since 2007 warrantless surveillance of Australians through access to telecommunications data has been possible, with requests of nearly 300,000 in the last financial year."

Ludlam and the Greens had previously attempted to introduce a bill to strengthen regulation on data collection, but the committee examining the proposed Telecommunications Interception and Access Act (Get A Warrant) Bill 2013 was discontinued following the September election.

The new motion tasks the committee with investigating surveillance legislation with reference to a May 2013 report into potential law reform released by the Parliamentary Joint Committee on Intelligence and Security.

It recommended the interception act be comprehensively revised to design an interception regime underpinned by “clear protection” for the privacy of communications and “robust oversight” and accountability.

“These intrusive powers must always be balanced by appropriate safeguards for the privacy of individuals and the community recognising that Australia is a democratic nation which values personal freedom and places limits on the Power of the State,” the report said.

The review was unable to make any recommendations on the then-Labor government’s proposal for a mandatory data retention scheme - which would have required telcos to store citizen’s metadata for up to two years - because it was only given two lines of text to work off.

Ludlam yesterday moved that a Select Committee on Electronic Surveillance be established to report on the frameworks governing the activities of Australian intelligence agencies, and earlier in the week called on the Government to re-establish the dormant Parliamentary Joint Committee on Intelligence and Security.

He was voted down by a clear majority in the Senate on both occasions.