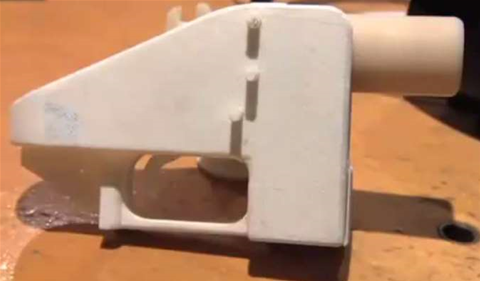 A Senate inquiry investigating ways to reduce gun-related violence has heard that Australian law needs to be updated to combat the growing threat posed by guns manufactured using 3D printers.

The inquiry, which began its investigation in June this year, was tasked with studying the adequacy of current laws as well as the resources available to law enforcement to respond to technological advances in gun technology, such as firearms made with 3D printers.

In a recent submission to the inquiry, Victoria Police said it was attempting to amend its own state legislation to deal with those who manufacture firearms illegally, through its Victorian Justice Legislation Amendment (Firearms and Other Matters) Bill 2014, which was introduced into state parliament in June this year.

The bill intends to make it an offence to manufacture guns unless licensed, in an effort to “facilitate enhanced enforcement in the area of illicit manufacture of firearms”.

“As technology is refined, and with 3D printers and other machines like a computer numerical control (CNC) machine becoming more readily available and affordable, it is likely that 3D printing of firearms will increase, posing a significant risk to community safety and law enforcement agencies.”

Victoria Police’s warnings were echoed by vice president of the Victims of Crime Assistance League, Howard Brown, who told a recent committee hearing that the legislative failure to keep pace with technological advances meant it was only a matter of time until someone would get hurt by a 3D printed gun.

“At this stage fortunately the resins and acrylic compounds used to 'print' these devices do not possess the tensile strength to be used for multiple shots and the risk to the user of product failure is very high. This will undoubtedly be perfected in very short time and the adaption to print ceramic based products cannot be far away, which in my view, will change the environment substantially,” he said in his submission.

“Once we reach that stage, the proliferation of illegal weapons will be endless and create yet another nightmare for law enforcement agencies, not just in Australia but worldwide.”

But criminal intelligence agency the Australian Crime Commission said 3D printed firearms only currently presented a low threat to law enforcement due to limitations in the technology.

It argued that the uptake of 3D printing in the criminal market over the next two years would be hampered due to the cost of the machines and printing material; the slow speed, limited size and level of detail of objects that can be printed; limited object strength; and the need to understand and use design software.

The ACC said it had not yet been informed of any cases of criminals using 3D printed guns in Australia.

However the agency did concede that decreased costs and advances in technology could see 3D printed firearms becoming more of an issue in the coming years.

“Objects currently produced by 3D printers tend to be crude and require additional finishing processes. However it is probable that if these limitations are resolved, particularly by falling prices and as the technology improves, there will be a growth in 3D printing adoption.

“According to open source reporting, these fixes are unlikely within the next two years, with technology professionals predicting that it may be another 5-25 years before the 3D printing environment is consumer-friendly.”

NSW Police last May revealed the force was testing a 3D printed gun after the blueprints for the world’s first 3D printable gun, The Liberator, were made available by US owned firm Defence Distributed.

The force bought a $1700 desktop 3D printer and $35 of materials to create the 3D gun, and at the same time warned citizens that they could face at least two criminal charges if they try to make guns using 3D printers.

The parliamentary committee will present its final report on the subject in early December.