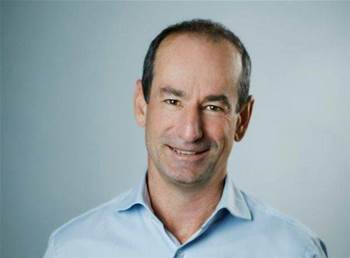 Would you give this man a job?

Microsoft’s ambitions to cash in on the recruitment market by clipping the ticket on hires sourced through LinkedIn have been given a stiff local reality check.

Australian online job ads juggernaut Seek on Tuesday has fleshed out its plans to expand its revenue base by becoming a scaleable human resources SaaS vendor.

In a move recruiters and Seek’s competitors have been anticipating for some months, Seek on Tuesday spelled out plans to scale-up its fledgling HR and payroll software arm dubbed Employment Hero by aiming it at an Australian addressable market it estimates to be over $1.5 billion.

The move, initially targeted at small to medium businesses, is an important stake in the ground because it signals that Seek is increasingly intending to encroach on key payroll and financial software markets that have propelled the likes of Reckon, MYOB and Xero.

Revealed in the investments breakdown in Seek’s annual results, delivered on Tuesday, the company told investors it is “investing in key themes leveraged to high growth structural trends”.

A major advantage Seek potentially holds over the likes of LinkedIn or other social media platforms trying to muscle into the online recruitment and talent market, where tech and science jobs are the strongest growth segment, is that Seek’s customers are already used to paying to access the platform.

That investment was bookended by a push into the contingent labour market – think temps, contactors, labor hire et al – where agents also take a percentage cut of earnings.

The tactical vertical and horizontal expansions aren’t exactly rocket science, with Seek potentially acting as a payroll operator and agent on the side, a position some of its clients won’t exactly be thrilled by.

And it’s a volume business too, with Seek punching out revenue growth of 18 percent percent to $1.537 billion for the 2019 financial year to deliver flat underlying net profit after tax of $229 million, a respectable performance in year with weak conditions and some big ticket job shedding.

Having effectively destroyed mainstream media employment advertising over many years, Seek’s core statistics user numbers reveal the size of the prize forfeited by the former Fairfax Media that has recently tried to buy back into the online jobs market.

Seek said it now has 13.2 million searchable profiles on its servers which represents 80 percent of the Australian and New Zealand labour force, which is just grand, but means in needs to hunt in other markets to keep growing.

On the optimisation side, Seek said its pushing AI “to improve relevancy” with around 5.5 million candidates getting more than 40 million job recommendations a week, which nets out at between seven and eight role suggestions a week.

The figure that will disturb the likes of Microsoft and LinkedIn is that Seek is now claiming 34 percent of ANZ placements, with aggregators on 5.5 percent, online classifieds at 3.7 percent and “professional networks” (guess who) landing at a respectable 4.5 percent.

Remarkably, Seek reckons offline recruitment channels – word of mouth and employers putting positions on their own websites – still accounts for around a third of placements.

And while the push to diversify and grow the big job board into a software vendor will raise eyebrows, Seeks founder and CEO Andrew Bassat cautioned that near term economic volatility “may impact our medium term” but stressed it would not affect long term growth plans to deepen and expand the business.