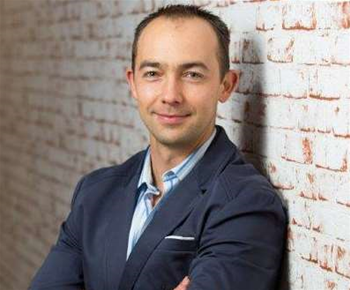 Online recruitment site Seek has decided not to reappoint a chief information officer following the June departure of its former CIO, splitting the responsibilities of the role into three newly-created positions.

Seek’s former CIO David Gibbons left the company after two years in the job to move to England and a new position as a general manager at the BBC.

Gibbons was not replaced upon his departure. Seek instead opted to merge the website software development responsibilities of the CIO with its product business under a new boss, and the IT operations and infrastructure remit of the CIO into a new IT director role.

The company also created a new head of technology and architecture role which looks after Seek’s software and solutions architects. It includes a team which is dedicated to improving and eliminating Seek’s legacy code as well as studying external technology trends and practices.

The restructuring decision “absorbs the need for a replacement CIO in the way it had been structured and defined in the past”, a spokesperson said.

Michael Ilczynski, the company’s former group strategy director, was named the new managing director of product development and strategy. The head of technology and architecture, which is currently being recruited, will report into Ilczynski.

Mithran Naiker was elevated from his eight-month position as head of IT operations, which formerly reported into the CIO, into the IT director role, looking after IT infrastructure, support, security, operations and planning.

Naiker reports into the managing director of employment and learning Joe Powell, as did the former CIO, while Ilczynski reports to CEO Andrew Bassat.

He told iTnews the creation of the three new roles gave Seek much better coverage and aligned the teams with how they were already informally functioning.

“We run on an agile development process, and the agile teams consist of people from strategy, product and online delivery. So really it was about aligning the structure at a senior level with what was already happening at a team level,” he said.

“Product, online delivery and strategy work together supported by IT operations, which also supports the whole business.”

Ilczynski’s team is made up of around 130 workers, while Naiken has around 40 reports. Ilczynski said his role was too big as it stands to have also included IT operations under his umbrella.

“The goal with my role is to focus on our online product development, and then separate to that is infrastructure and applications from an IT perspective - obviously that’s a key support for my team, but for me to stretch over that as well is just too much.”

The restructuring of IT responsibilities and the removal of the CIO role did not signal a lessening of focus on IT, Ilczynski said, and came at a time when the company was investing more on product development and IT than it ever had before.

Ilczynski declined to disclose the amount of investment made.

In the last 12 months Seek has launched an iOS app, rebuilt its mobile site, launched a new advertising centre and is currently working on rebuilding its job seeker profile product.