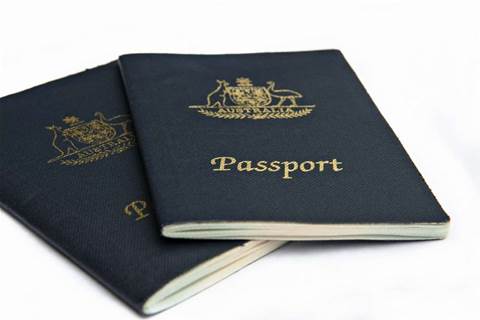 Personal files of 109 Aussies at high risk of inappropriate access.

The Australian Passport Office keeps a secretive list of 109 Australians whose personal information is considered to be at risk of inappropriate access by the office's staff.

Existence of the list was revealed in an audit of the biometric features of Australia's ePassport system by the Australian National Audit Office.

According to the audit, the Passport Office identifies staff that access the personal records of individuals on the list and "assesses whether that access was appropriate".

The audit does not explain what puts certain passport holders at greater risk of having their personal details accessed inappropriately.

However, it did note that it received "no guidance [from the Passport Office] on when an individual should be added or removed from the list, and no facility to record the reasons why such an action was taken".

"The absence of guidance on the operation and maintenance of the list increases the risk that its coverage is inappropriate and out of date," the audit stated.

"There would be merit in the [Office] documenting the arrangement and clearly defining the criteria used for adding or removing passport holders".

Outside the specific high-risk list, the Passport Office was criticised for its control frameworks to detect inappropriate access to passport records by staff.

Personal data is stored in the Passport Issue and Control System (PICS). The Office relies on role-based permissions to govern staff access to PICS.

The only external staff with permission to access PICS directly are in the Department of Immigration and Citizenship; all other requests for access have to be in writing.

"In addition, the [Passport Office] has limited indicators or alerts to identify inappropriate access to the PICS database," the audit noted.

"This creates the risk that staff could access the personal records of passport holders without detection".

The audit revealed that the Defence Signals Directorate will conduct a vulnerability assessment of the microchips used in Australian ePassports to ensure they contain no glaring security holes.

Such an assessment has been recommended since at least 2008 to ensure that Australia's implementation of security features in the ePassport was not vulnerable to cracks, like those that could allow passports to be cloned.

"Not withstanding the lack of evidence of the microchip's security features being overcome, it is likely that some individuals and organisations with technical knowledge and skills will seek to do so in the future, which reinforces the importance of ongoing monitoring in this area," the audit noted.

"In addition, while ePassport's security features may be adequate if effectively implemented, practical or procedural weaknesses may only be revealed through independent vulnerability testing."

The audit uncovered a range of ePassport system enhancements being pursued by the Australian Passport Office.