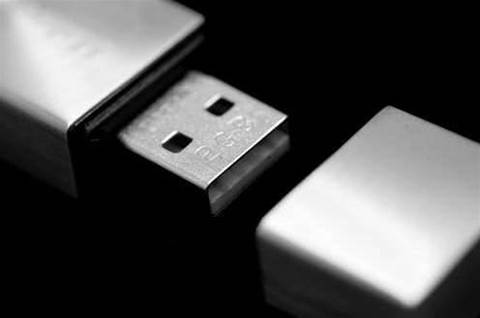 Secret documents of Australia's most senior commander in the Middle East were stolen by a foreign intelligence service when an encrypted USB drive went missing last year.

A report obtained under freedom of information by Fairfax revealed the drive contained Lotus Notes documents of Major-General John Cantwell and was likely stolen during transit through Kuwait.

The drive was stored in an aide's backpack - contrary to protocol - and was thought lost when a large amount of luggage went missing for several days from Islamabad airport.

The Defence Security Authority said the information was likely in the hands of a foreign intelligence service.

The aide was not disciplined, Defence said.

The report into the loss found officers lacked understanding of "collection activities" of foreign intelligence agencies in the region.

It did not say what level of encryption was used to protect the drive.

In March, the Department of Defence lost an unencrypted USB drive containing unclassified information on a Qantas flight.

The drive was reportedly discovered by an announcer for radio station 2GB.