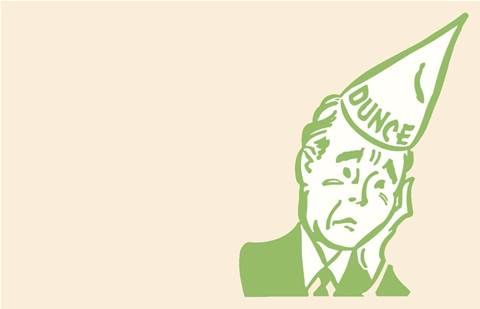 eSafety Commissioner's FAQs were 'outdated and published in error'

But the program botched its FAQ for the program, which initially advised that Chaplains would need the known-to-be-insecure and mobile-device-hostile Flash plugin until iTnews wrote a story decrying the use of the software.

The contentious National School Chaplaincy Program (NSCP) was recently infused with an additional $247 million funding package to keep it going for another four years.

That funding included a commitment to teach all Chaplains how to offer “evidence-based, targeted advice on preventing and responding to cyberbullying … to assist School Chaplains to integrate online safety into their student wellbeing programs and intervention”, according to the eSafety Commissioner.

And that commitment has been delivered: Education minister Dan Teehan and communications minister Paul Fletcher yesterday announced that training is under way.

The eSafety Commissioner, which runs the training, posted an FAQ explaining it “requires participation in a three hour live webinar session and the completion of an online quiz.” A certificate is issued upon successful completion of the quiz.

At the time of writing the first version of this story the program’s FAQ said, in answer to the question “I cannot get past some of the questions in the quiz or if I complete questions I’ve been taken back to the start", that one reason could be that "The quiz has a flash feature. Please open the quiz using the most up to date browsers and ensure you have a stable connection”.

The first version of this story therefore noted that the three dominant browsers – Chrome, Edge and Firefox – have all disabled Flash player because of its long, long history of security problems and because its functions have been superseded by HTML5. The story suggested the Commissioner should know and do better.

But then the eSafety Commissioner, which runs the training,  contacted contacted iTnews late on Saturday afternoon to say "The FAQs you referenced were outdated and published in error".

The Commissioner's office also told us that the quiz is all HTML5 and has been tested on mobile devices.

But the mention of the FAQ being "outdated" suggests that the training could have used Flash in an earlier version, so we asked the Commissioner to explain that. On Sunday morning we were told it never used Flash!

Another answer to the question mentioned above also hardly inspires confidence in the program as it says “You can only progress through the quiz if you answer the questions correctly. Please keep trying. Refer to your session notes for the correct response.”

There’s also plenty of advice about GoTo Webinar, which the commissioner uses to run the training, because it could be blocked by firewalls or need to be installed (which as discussed above may not be an option on well-administered networks). One more thing: the WebRTC standard is baked into modern browsers and forms the basis of some commercial webinar products.

To summarise: the government has delivered on its promise to train school chaplains in how to combat cyberbullying. But the FAQ about the program wrongly described the software required to take quiz required to complete the course, but the Commissioner posted it anyway with the explanation it was "outdated', but than later clarified it was actually just wrong.