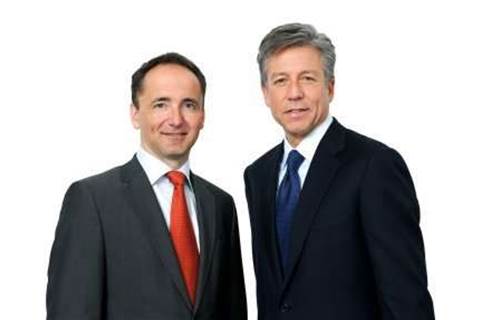 Likely to stay longer than Leo.

SAP has announced that it will retain both Bill McDermott and Jim Hagemann Snabe as dual chief executive officers until at least 2017.

The pair were appointed to the joint title in February 2010 in response to a decision by SAP’s Supervisory Board and then CEO Leo Apotheker to part ways. Apotheker is now CEO of HP and had served just two years at SAP before departing.

"The supervisory board again has expressed its full confidence in Bill McDermott and Jim Hagemann Snabe and recognised their extraordinary achievements in leading SAP's successful growth performance during their tenure,” Hasso Plattner, chairman of the SAP Supervisory Board said Thursday.

"Under Bill's and Jim's guidance, SAP has returned to growth and further extended its leadership in business software while delivering breakthrough innovations in the software industry to market. We remain committed to further pursuing this successful course."

McDermott last year apologised to Oracle for its role in a copyright stoush between the two vendors, stemming from SAP's TomorrowNow subsidiary wrongfully downloading thousands of Oracle files. He denied any personal knowledge of the download.