SAP revenue down 10 percent, but profit up 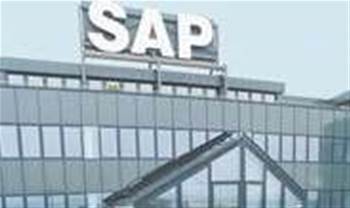 "Strong cost discipline has proven itself once again, enabling us to report another quarter of strong operating margin growth," he said.

SAP chief executive Léo Apotheker said: “While the operating environment remains difficult, we are beginning to have improved visibility into the second half of the year.”

Although software sales crashed 40 percent in the quarter, the figures were bolstered by a 20 percent increase in support revenue.

Software giant Microsoft recently reported a revenue fall of 17 percent, with profit down nearly a third.

Got a news tip for our journalists? Share it with us anonymously here.
itweek.co.uk @ 2010 Incisive Media
Tags:
10butcentdownfinanceperprofitrevenuesapsoftwareup