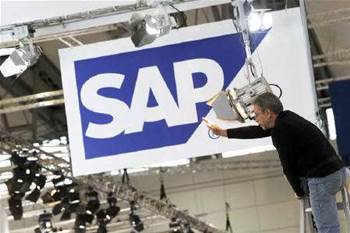 SAP has agreed to pay $US20 million to resolve a criminal probe into allegations that it downloaded millions of files from rival Oracle, according to a source familiar with the matter.

The plea deal, scheduled to be formalised at a court hearing on Wednesday, comes as Oracle seeks to appeal a recent ruling that slashed a $US1.3 billion civil jury verdict against SAP over the same conduct.

SAP agreed to settle the case last week, although the dollar amount was not revealed in publicly available court filings.

A Justice Department spokesman did not immediately respond to a request for comment.

TomorrowNow was the sole defendant charged in the criminal case. No individuals were charged.

A judge has since reduced that award to $US272 million.

Oracle requested permission on Monday to appeal that reduction to the 9th US Circuit Court of Appeals, according to an Oracle court filing.

The criminal case in the Northern District of California is United States of America v. TomorrowNow Inc., 11-cr-0642.