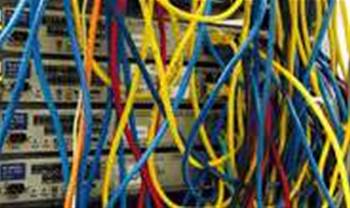 San Francisco’s FiberWAN network, which the city lost control of after an administrator changed user passwords, is now back under government control.

According to court record filed by the city in its ongoing case against network administrator Terry Childs, the city has spent around $200,000 working on the network but the final bill may rise to $1 million.

"We are working with our consultants to make sure we have checks and balances in place, to make sure this doesn't happen again," the city's Department of Telecommunications and Information Services spokesman Ron Vinson told CBS.

He said that there were still some unidentified items of equipment on the network however.

"We don't feel at this time that our system is vulnerable as a result," he concluded.

Childs is still being held in prison after failing to raise US$5 million bail. The standard bail for murder suspects is usually one or two million.

Childs is accused of locking out administrators from control of the FiberWAN network, which carries over 60 per cent of the city’s network traffic, after he was suspended by administration officials.

Childs only handed over the passwords that would allow access after a secret meeting with city major Gavin Newsome in his prison cell.
Got a news tip for our journalists? Share it with us anonymously here.
Copyright ©v3.co.uk
Tags:
1costfranciscohardwaremaymillionnetworkrepairssan