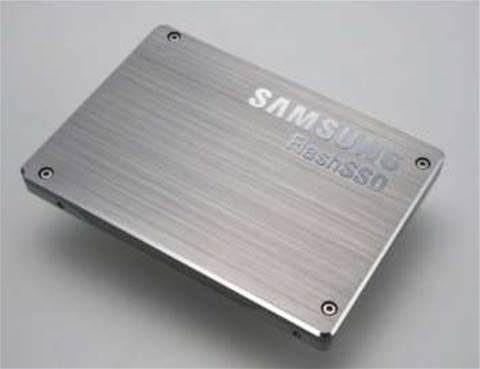 Samsung has announced that it has started volume production of a new 256GB solid state drive (SSD), the company’s most capacious ever.

The company says the new drive has been tweaked to be its fastest ever, with read times of 220 MBps and write times of 200 MBps. Erase times have also been improved, with speeds of 100GB per minute, meaning the drive can be completely wiped in under three minutes.

”While SSD’s have always been touted for their performance, Samsung is turning the storage industry upside down now with an SSD that delivers truly disruptive performance,” said Jim Elliott, vice president, memory marketing, Samsung Semiconductor.

”Getting our exceptionally high performing 256GB SSD in a notebook is analogous to having a 15,000rpm drive, without all of its size, noise, power and heating drawbacks.”

Samsung says the drives are around three times faster than standard 7,200rpm platter disk drives and around ten times more efficient as a similar laptop drive.

It attributes the speed increase to a redesigned chip controller, improved NAND flash and improved firmware.

The drive also more power efficient than a platter drive, consuming 1.1 watts of power compared to two or more for a traditional drive.

Got a news tip for our journalists? Share it with us anonymously here.
Copyright ©v3.co.uk
Tags:
256gb drive drives efficient hardware improved power