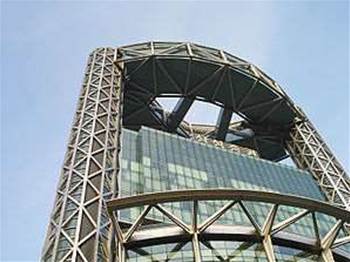 Samsung Electronics Co Ltd missed quarterly earnings forecasts on Friday as it reported a 47 percent rise in April-June operating profit to a record 9.5 trillion won, reviving concerns for growth in its smartphone business.

The guidance, released ahead of full quarterly results due on July 26, was worse than an average forecast of 10.16 trillion won in a poll of 43 analysts by Thomson Reuters I/B/E/S.

The South Korean firm is expected to report higher earnings in the current and fourth quarters as sales of its latest Galaxy S4 phone pick up and new products hit the stores.

But margins are widely seen easing as the rapid growth of the high-end smartphone market tapers off and consumers in countries like China opt for stripped-down cheaper devices.

"The slowdown in its handset business appears to be worse than expected and the disappointing result simply reindorses the market view that Samsung's smartphone growth momentum is slowing," said Lee Sei-chul, an analyst at Meritz Securities.

"But it's got the component side of the business, which is showing solid improvements, and new handset product lineups for the third quarter, so (overall) earnings are likely to grow again in the current quarter."

Shares of Samsung, worth US$185 billion, have dropped 15 percent since early June, hit by a series of brokerage downgrades. The share price reflects concerns about Samsung's handset margins, with its mobile business generating 70 percent of the tech giant's total profit.

The fall in the share price equates to a drop in market value of 33 trillion won, almost equal to the combined market capitalisation of Sony Corp and LG Electronics Inc.

Competition is getting intense with Chinese manufacturers such as Huawei Technologies Co Ltd HWT.UL and ZTE Corp making ground in the popular mid- to low-end market, especially in China, the world's biggest mobile market.

Underscoring the growing focus on cheaper devices, Nokia Oyj, once the handset king, unveiled two stripped-down 3G phones this week. They allow access to popular applications such as Facebook and Twitter, and sell for just US$68.

Making up for weakening growth in mobiles, Samsung's component business is expected to show a solid recovery.

Prices of dynamic random access memory (DRAM) chips, used mainly in computers, have leapt nearly 90 percent so far this year even as PC sales plummeted, while the market for NAND memory chips has tightened on booming demand from mobile devices.