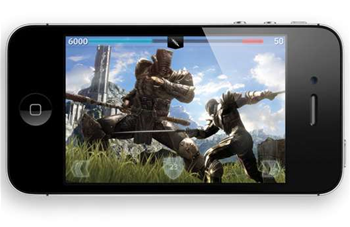 Samsung has indicated its intention to file for preliminary injunctions against the launch of the iPhone 4S in Italy and France in hopes of derailing Apple's new product.

In a salvo launched against Apple barely 24 hours after the new product launch, the South Korean manufacturer said it would file the claims in the respective courts today.

It confirmed rumours circulated last month that it planned immediate strikes at any new Apple smartphone launched, though media at the time focused on potential lawsuits in the company's home country.

A Samsung spokesman told the Wall Street Journal that it had chosen the jurisdictions as key European markets for the phone.

The iPhone 4S was planned for launch on October 14 in France and October 28 in Italy.

It offered few differences from its predecessor, the iPhone 4 but used a combined GSM/CDMA baseband configuration.

Samsung said it would assert two patents each in France and Italy relating to wireless and 3G intellectual property.

The company has asserted similar patents already in a cross-claim filed to the Federal Court in Australia, focused on the iPad 2.

"The infringed technology is essential to the reliable functioning of telecom networks and devices and Samsung believes Apple's violation as being too severe and that the iPhone 4S should be barred from sales," Samsung said.

"Apple has continued to flagrantly violate our intellectual property rights and free ride on our technology. We believe it is now necessary to take legal action to protect our innovation."

Samsung said it would look to launch the suit in other countries "after further review".

A spokesman had not returned requests for comment at the time of writing.

The patent claim was the latest in an ongoing global battle between the two companies.

Samsung faced the possibility of killing a proposed launch of its Galaxy Tab 10.1 tablet in Australia due to ongoing interlocutory action.