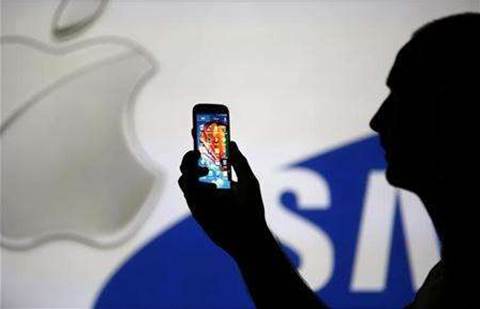 Samsung has offered to stop taking rivals such as Apple to court over patent disputes in a move which EU antitrust regulators hope will end the so-called patent war between tech companies in Europe.

It may help Samsung avert a possible fine that could reach into billions of dollars.

Samsung and Apple are battling each other in courts in more than 10 countries, as they vie for control of the lucrative mobile market. Samsung's mobile devices unit accounts for about two-thirds of its total profit.

"Samsung has offered to abstain from seeking injunctions for mobile SEPs (standard essential patents) for a period of five years against any company that agrees to a particular licensing framework," the Commission said in a statement.

Standard essential patents are central to smartphones and tablets, and are supposed to be licensed broadly and inexpensively.

The EU watchdog said Samsung proposed a 12-month negotiating period with companies keen to use its patents, and that it was willing to let a court or an arbitrator set a fair and non-discriminatory fee if the talks failed.

The South Korean company said: "Samsung is committed to fair and reasonable licensing of our technologies and believes a balanced approach to patent licensing will promote innovations to the benefit of consumers and the industry."

"The real issue here is the balance of power in licence negotiations. It may be that companies seeking licences are not willing to pay a reasonable fee, knowing that the patent holder is obliged to grant the licence," said Alec Burnside, managing partner at Cadwalader, Wickersham & Taft.

"It is unsatisfactory simply to say that patent holders can't take injunctions. It affects the balance of power in the negotiations. There is nothing inherently wrong in patentees enforcing their rights," he said.

The Commission, which also charged Google's Motorola Mobility with a similar anti-competitive practice in May, said the Samsung case would bring clarity to the mobile telephony industry.

Microsoft, which has filed a complaint about Motorola with the Commission, pledged last year not to seek injunctions against licensees.

The United States earlier this month banned the sale of some older Samsung smartphones and tablets because the devices infringe Apple's patents.