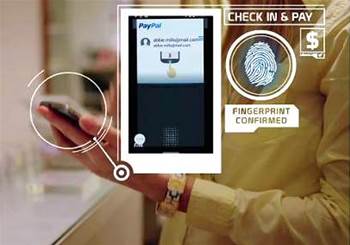 Korean electronics giant Samsung appears to have beaten Apple to the biometric authentication for payments punch, with a new system developed in conjunction with PayPal.

Samsung is using the Fast Identity Online or FIDO Alliance authentication system, which is headed by PayPal and features representatives from eBay, Nok Nok Labs, Google, Lenovo, MasterCard and Microsoft.

The Samsung/PayPal payments system will be available on the new Galaxy S5 Android smartphone announced at the Mobile World Congress in Barcelona overnight, as well as the new Gear 2 smartwatches that run the Linux-based Tizen operating system.

PayPal claims the payments system can be used with millions of its merchants. It will be available from April this year in 26 markets, including Australia.

Apple was first out of the gates with its TouchID biometric fingerprint sensor on the 5s iPhone (see iTnews' review of the 5s and 5c).

So far however, while the iPhone 5s fingerprint sensor can be used for authentication with Apple's iTunes and App Store, the company has not expanded the system to provide payments for third-party merchants.