Samsung Galaxy Tabs 'not as cool' as iPad: Judge 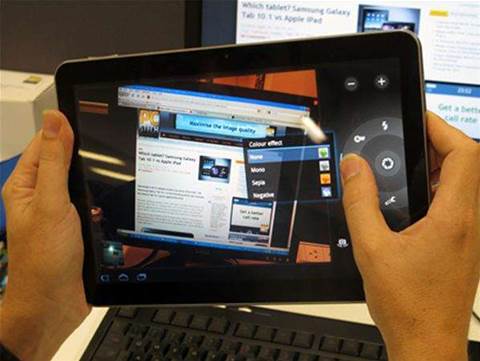 A UK court has found Samsung's Galaxy tablets do not infringe Apple patents, in one of the first substantive wins in Europe for the South Korean manufacturer.

But it won for for reasons the company may not have expected.

In a long and detailed judgment, illustrated with pictures of various mobile devices, High Court Judge Colin Birss QC said Samsung's Galaxy tablets do not infringe because they "are not as cool".

"[They] do not have the same understated and extreme simplicity which is possessed by the Apple design," he said.

While the Galaxy tablets and iPad look similar when resting on a table, Judge Birss said the overall impression produced is that they are different.

He said Apple designs, by comparison, were "cool" and looked "like an object an informed user would want to pick up and hold".

Justice Birss noted a clear family resemblance between the iPad and other competing devices, referred to in the judgment such as the Flatron, Bloomberg 1 and 2, Ozolins, Showbox and Wacom.

Samsung had sought a declaration in the UK that its Galaxy Tab 10.1, 8.9 and 7.7 devices do not infringe on Apple patents. Judge Birss noted the case was the first substantive hearing in the Europe Union of the dispute, which has also been heard in preliminary stages in Germany and the Netherlands.