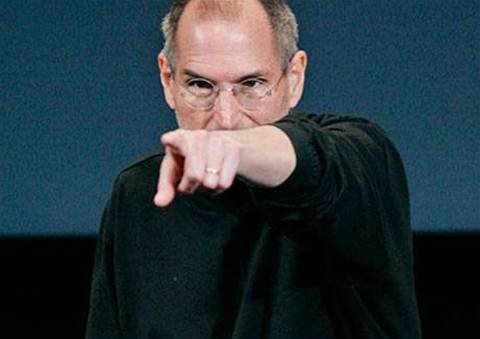 Lawyer: "Jobs would sue his family".

Samsung is caught in the cross fire of Apple’s “all-out war” on “anything Android”, according to an intellectual property lawyer.

"It looks like Steve Jobs would even be prepared to sue a member of his family should any of his kins decide to build Android-based devices,” he continued.

Samsung, a key iPad and iPhone components supplier, has confirmed it will fight Apple’s accusation that Samsung copied the iPad and iPhone to build its Galaxy and Nexus S, which run on Google’s Gingerbread Android operating system.

“Samsung will respond actively to this legal action taken against us through appropriate legal measures to protect our intellectual property," the South Korean firm told press agency, AFP, on Tuesday.

Apple’s action against Samsung was a move in the right direction, according to Florian, who argued that from a shareholder perspective Apple should drop claims against Nokia and focus purely on hunting Android.

“If Apple fails to fend off Android, it will within a year or two find itself in a situation like that of Research in Motion, even if at a higher level (initially...). Apple has realised this already, as its new lawsuit against Samsung shows, but given what's at stake, I think Apple would have to do much more than this. It would have to sue more Android device makers and over more patents.”

The issue of patent holdings may also make Apple a more aggressive contender for Nortel’s 4G wireless patents, said Florian, noting that Apple's US$60 billion war chest was larger than rival contenders, Google, Nokia and Research in Motion, according to the Wall Street Journal’s All Things D blog.

Google’s legal counsel outlined at the time of its its US$900 million bid that it was as a defensive strategy to "create a disincentive" for competitors to file patent lawsuits.