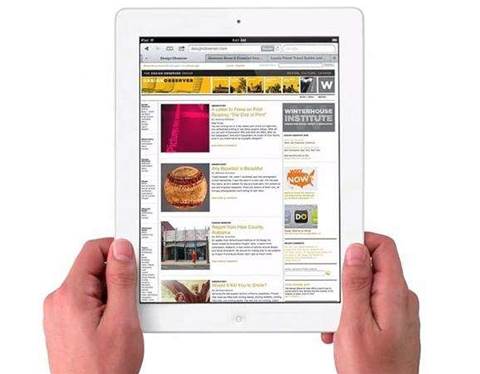 UPDATE AND CORRECTION: We have been to the Federal Court this morning and found the interlocutory application is unrelated to the "new" iPad. However, Samsung has refused to rule out potential future action on the new device.

Samsung has called a last-minute hearing in Federal Court this morning, sparking speculation the South Korean giant could launch an attack on Apple’s newly unveiled iPad.

The company had in fact submitted an interlocutory application calling for Apple to set aside recently submitted evidence in its case on the Galaxy Tab 10.1.

However, the proximity of the hearing to the announcement yesterday of the third-generation iPad has prompted suggestions it could seek to ban the rival tablet’s sale in Australia before its official launch on March 16.

A spokeswoman for Samsung refused to comment when asked if the manufacturer was planning any future action on the tablet device.

Samsung had made a similar move to block sales of the iPhone 4S a day after its announcement in Italy and France. Both interlocutory injunctions were summarily denied and similar attempts to block sales of Apple devices after they launched in Australia have failed to date.

The interlocutory application is set to be heard before Justice Annabelle Bennett, who has presided over much of Apple and Samsung’s ongoing court battles over the past year and who ruled in favour of a temporary ban on the Galaxy Tab 10.1 device in October last year.

“I wouldn't rule out the possibility of legal attacks on the new iPad,” said Florian Mueller, patent blogger and observer of Apple’s and Samsung’s court proceedings globally.

However, he suggested Samsung would not attempt to use a patent essential to the 3G communications standard, which it has laid against previous iterations of the iPad and several versions of the iPhone.

Final hearings on the validity of Samsung’s claims against Apple devices - portions of which fall under French jurisdiction to industry standards - are set to be heard in September and October this year.

But Mueller also warned this legal tactic could prove futile.

“So far, any non-essential patents that Samsung asserted in litigations in the US and Germany looked rather weak,” he said.

“For example, they included a patent on a method to enter emoticons (a.k.a. smileys) on a mobile device.”