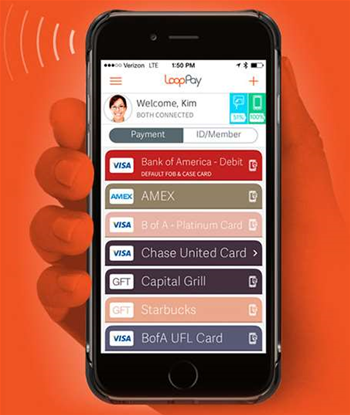 The companies today confirmed reports of an impending acquisition that surfaced in December last year. Samsung will acquire LoopPay - a mobile wallet solution provider - for an undisclosed amount.

A case attached to certain smartphone models communicates with the retailer's payment terminal as well as a mobile application, which allows the user to enter and store their payment information.

LoopPay directly advertises itself as a competitor to Apple Pay for non-iOS devices, claiming its service works on more phones, at more merchants and with more cards than the Apple platform.

The company's founders Will Grayling and George Wallner will join Samsung’s mobile division as part of the acquisition.

“Through this deal we can significantly accelerate our mobile commerce efforts. LoopPay’s outstanding leaders and team have deep-rooted relationships with banks, card networks and merchants that will complement those Samsung has established over the years," he said.

Samsung will unveil its Galaxy S6 smartphone at the Mobile World Congress in Barcelona next week, at which point it may also debut its new payments service.

Apple has partnered with the three major payments networks - American Express, Visa and Mastercard - alongside a number of US banks and retailers to offer the service.