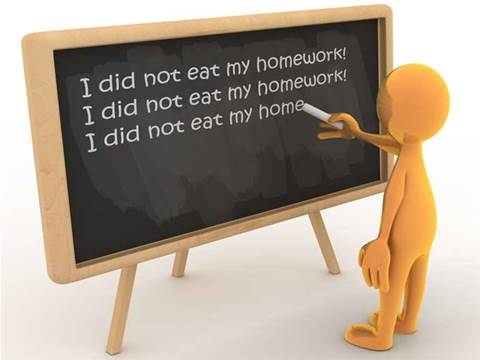 A "statement production issue" has caused the account information of 42,000 St.George Bank account holders to be sent to other customers.

The error was blamed on an interruption in the data processing function at ASX-listed business process outsourcing firm Salmat on 26 February.

According to Salmat COO Peter Anson, the error occurred when a programmer "went against protocol" and intervened after a file was found to be corrupted.

"Normally, data comes in and it runs on an automated process," Anson explained. "In this particular run, the file was corrupted. Corruption took place during our processing; I believe it was a software glitch."

"When it went to print, we knew there was an error. The programmer went against protocol and manually intervened."

Anson said that disciplinary action would be taken. The company was "deeply embarrassed", and had publicly apologised to St.George Bank and its customers, he said.

According to a St.George spokesperson, only personal savings accounts were affected.

Some of the statements would erroneously display no transactions or account balance for the month ending 26 February. Others displayed the transaction history of other customers.

Approximately 1,300 statements also featured the account number of other customers, presenting privacy issues and an opportunity for fraud.

The St.George spokesperson told iTnews that those 1,300 accounts would be closely monitored by fraud detection teams so any irregularities would be identified.

"We can guarantee that customers will not suffer any financial losses resulting from this issue," he said.

He added that it was a serious issue, but would not comment on how it would affect St.George's relationship with Salmat.

"The error is unacceptable to us; we're looking at the process and investigating the issue further," he said.

In December 2003, Salmat beat 17 of St.George's Group Procurement key suppliers to win the bank's inaugural "Supplier Of The Year" award for printing and distributing customer statements and shareholder communications.

The banking sector was a core market for the company, Anson said, although its other banking clients could not be named.

Salmat also provided customer relationship management services to the Australian Taxation Office (ATO), Coles Myer and Woolworths. Neither reported having had any issues with its services.