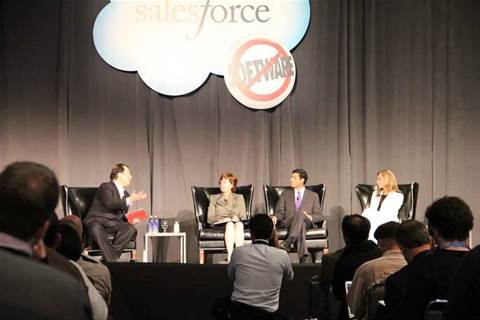 From 'cloud-first' to nothing but the cloud.

Kundra left the government for a teaching role at Harvard University last year.

In September, he spoke about public policy at Salesforce.com’s Dreamforce conference alongside its chief Mark Benioff and European Commissioner for the Digital Agenda, Neelie Kroes.

Benioff tapped Kundra because of his ability to "drive innovation", the company announced overnight.

"Vivek Kundra is an amazing technology visionary who opened the eyes of millions to the transformational power of cloud computing," said Benioff in a statement.

"His disruptive leadership is just what the industry needs to accelerate the social enterprise."

Likewise, Kundra described Salesforce.com as an “industry disruptor, helping organisations use the transformative power of technology for change”.

Kundra is credited with managing $80 billion in technology investments for the US Government while it worked towards slashing public sector technology spending.

He was also behind the Government’s 'Cloud First Policy', which was introduced last February and required agencies to move three services to the cloud within 18 months.