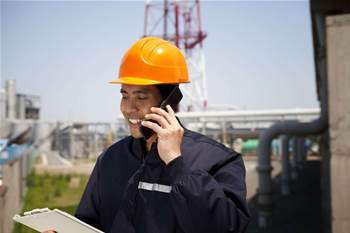 SA Water has begun a four-year mobility transformation as part of a push to make the lives of its field workers much easier.

It is near signing of a contract for the purchase of the SAP Syclo mobile application development platform which, together with the Eclipse open source integrated development environment, will underpin a range of mobile initiatives running up until 2017.

The utility plans to standardise its smartphone and tablet environment with a planned go-live in the first quarter of 2014.

The first cab off the rank for mobile transformation is SA Water’s field work order management and completion system.

SA Water has been outsourcing the operational management of its metropolitan region to the Allwater consortium, and is looking to increase work efficiencies through the use of mobile work orders. SA Water’s works management system is based on IBM Maximo.

Since the utility currently lacks a field mobility solution, Allwater has implemented an interim, commercial off the shelf solution based on Aqualink software which provides limited automated workflow for field and data entry staff between mobile devices and the backend, but only in metropolitan areas.

In regional areas staff use an entirely paper-based process.

At the moment, work orders are printed out and then assigned to a field worker. The worker records their activities throughout the day on paper, then travels back to base to hand in the form. The team leader then send the form to data entry staff (via fax or scan) to input into Maximo.

The organisation will deploy the as-yet-to-be-procured new mobile work order solution to the Adelaide metropolitan region first and to a small number of regional workers.

The initial push will involve around 250 field workers in total. It will need to work across iOS, Windows and Android devices.

The works order management system is just the first in a long line of projects SA Water has planned up until 2017.

According to its 2013 Enterprise Field Mobility Strategy, SA Water plans to revisit the Panasonic Toughbooks it had previously provided regional workers to access corporate systems while out of the office.

Regional staff had not been using the devices because they were too heavy, had inadequate battery, an unviewable screen in sunlight and were difficult to input data into.

“In general, the current technology is an older generation and not the type of device desired to be used by the workforce and therefore none of the users wish to use these devices and therefore [the devices] are left in office and are wasted investment,” the organisation said in tender documents.

“Based on research from other water utilities and the use of consumer grade devices it has been shown that even though consumer-grade devices are not as rugged, they are more “desired” by the users and therefore are treated better by the users as they wish to use the device rather than it being forced onto the user.”

It expects to make a decision on a Toughbook replacement by the end of financial year 2013/14.

Tablets with Microsoft’s Access database software will be rolled out to asset inspection teams to allow them to enter information directly into the asset management system Maximo.

Changes are also expected to the way a web-based occupational health & safety (OH&S) and incident reporting system is accessed.

As SA Water doesn’t currently provide such a device or connection in the field, workers have been required to phone in or submit a paper report into the system upon returning to the office — resulting in delays, missing details and reports not being entered at all.

SA Water wants workers to enter incident reports into the system at the time an incident occurs, and expects rolling out mobile devices with such a capability will mean more accurate reports, with additional functionality offered by the devices including GPS and photos.

The utility's trade waste workers currently use smartphones with Citrix Receiver to access SA Water’s Operational Data Store system and view the data. The “slow and cumbersome” method will be replaced with a designated mobile application by 2017.

Interacting with the public

Over the past year the department developed a digital strategy to outline how it communicates with the public.

It signalled the development of mobile applications to allow customers to access information and interact with SA Water services on their smartphone or tablet.

The application is to be made available across iOS, Android and Windows Phone and will go live before the end of the financial year 2016/17.

The South Australian government last week launched its new ICT strategy, which focuses on a "digital by default" approach to government services and systems, as well as opting for small over large IT projects.

The government plans to approach such projects in bite-sized chunks with iterative development, and will move to a managed services approach rather than asset ownership. The 50 initiatives contained within the strategy will be updated progressively.