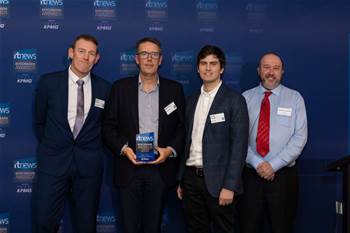 SA Water has earned the top prize in the state government category of the 2022 iTnews Benchmark Awards for a bespoke system developed to optimise its renewable energy use.

It is part of the water supplier’s zero-cost energy future (ZCEF) program, which was conceived to reduce reliance on the grid electricity and create an extra revenue stream.

SA Water is investing more than $300 million to install 154 megawatts of solar generation – or about 500,000 solar panels – and energy storage at its sites.

Last financial year, 34 megawatt hours of battery storage was installed, while 25 sites were “energised” and connected to the grid, generating 18 gigawatt hours of electricity.

It brings together a range of real-time data sources providing information on the current and future energy market, water and wastewater system status and weather forecasts.

With no existing solutions on the market, SA Water had to build its own using five separate components, including unnamed cloud technologies to manage battery capacity.

The system, which has been integrated with the water supplier’s SCADA system, works in a supervisory capacity, generating recommended schedules that staff can override if needed.

Using a separate solution for centralised data analysis, the system also displays energy export and consumption insights from all 33 sites on a dashboard.

The project reached practical completion in December 2021, with the end date slated for August 2022.

SA Water expects the ZCEF program will result in yearly savings of up to $50 million once all sites are energised, having already seen significant savings at its Hope Valley Water Treatment Plant pilot site.

The energy management system component will contribute a saving of more than $5 million in total by optimising the generation, storage, usage and selling of energy.

You can learn more about SA Water’s work alongside the other winning projects and finalists here.