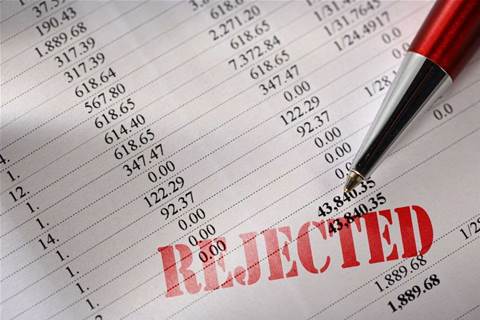 The South Australian government has vowed not to embark on any more large-scale IT projects as part of its new ICT strategy, delivered under the guidance of outgoing CIO Andrew Mills.

Mills was last week named as the new Queensland Government CIO. He ends his a six-year stint as the SA CIO with the release of the plan, before he switches states in early January.

SA Premier Jay Weatherill today launched the new whole-of-government strategy, which was first flagged in November last year. It will be constantly updated in order to adapt to changing technology and requirements of citizens.

The ‘SA Connected’ strategy is focussed on “modernising the way government works", and will work towards a "digital by default" approach based in a service orientation over IT asset ownership. It will also ditch big IT projects for a ‘big plans, small projects’ attitude.

“From now on, we’re not going to start up any more big ICT projects. We’re only going to have business change initiatives. We know that large projects run a higher risk of failure,” the strategy states.

“We will break these down into smaller segments, with well‑defined exit strategies that ensure that we’re not locked into spending more time and money to continue projects that aren’t working. We’ll still have big plans, but projects will be shorter, and they will be planned and delivered by multi‑disciplinary teams, not just IT.”

The state will approach challenges with iterative development and “planned, bite-sized chunks” - testing solutions with small prototypes and scaling up where necessary.

“Even when ideas seem big, innovation does not need to be. Small, steady steps can lead to incremental improvements. Tried and tested developments are easier to expand across agencies.”

The SA government will continue to re-invest in its hardware and software to “keep the lights on”, but its future approach will emphasise “value” services over asset ownership.

“We won’t be buying more boxes and wires than we need to, we’ll be buying services that may be delivered through any number of mechanisms – whatever provides the best value for the state.”

Open data is another one of the key pillars of the strategy.

It follows a September mandate handed down by Weatherill to make government data open by default, and to require agencies to be proactive in their release of data. The strategy newly promises to lead work nationally to promote the open data approach.

The government has recognised the demand among citizens for online and mobile government services.

A list of 50 initiatives were released alongside the strategy which will be progressively updated according to their status.

Those already commenced or underway include a revamped sa.gov.au website; real-time access for public transport arrival information; and a new website to publish real-time information about incidents which cause traffic interruptions.