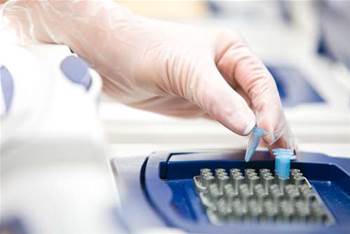 EPLIS team might have to beg for more funding.

South Australia's implementation of a new health-wide pathology solution is at serious risk of running out of money before it is complete, according to state auditor general Andrew Richardson.

In 2012, the SA government set aside $30.4 million to pay for the replacement of SA Health’s two ageing instances of the Cirdan Ultra pathology solution, as well as up to 30 smaller peripheral systems used across the state’s health testing labs and hospitals.

The dual systems are not compatible with one another and their age has led to numerous recent outages.

SA Health last year signed a contract with Cerner to install its Millennium suite of pathology lab information modules across the state in the place of its now out-of-date Ultra platforms.

But the state audit office has now revealed the Millennium implementation plan - known as the enterprise pathology laboratory information system (EPLIS) project - skipped a number of critical components and doesn’t appear to have enough contingency funding to bring it back within scope.

Richardson said the original plan was based on the assumption that EPLIS could feasibly run out of a single high availability data centre, rather than a primary data centre and a geographically separated disaster recovery facility.

This assumption has since been panned, and the department is facing an additional bill of up to $5 million to set up suitable DR provisions.

The project budget also failed to include any money for archiving legacy data currently stored in the Ultra systems when they are ultimately decommissioned in 2017. A proper archiving solution is expected to add another $3.6 million to expanding EPLIS costs.

Another concern is the absence of an electronic ordering module, considered essential for the installation of EPLIS into its first go-live site, the new Royal Adelaide Hospital, due to open in November 2016.

SA Health told Richardson the EPLIS program was working on "assessing the cost for the three items flagged in the final business case as potentially needing funding from contingency".

But the auditor pointed out that given the project timeframes and the minimal contingency funds remaining for the project, "there is a high risk that SA Health will not have sufficient approved funding to support the implementation of the new EPLIS and its ongoing operations".

The contingency pool for the EPLIS project currently sits at about $1.4 million, according to the auditor-general’s report.

The small sum may also be drawn upon to pay for a handful of other contingency plans in place in case EPLIS isn't ready for the already delayed opening of the new Royal Adelaide Hospital.

A late implementation is certainly on the cards, Richardson said, thanks to problems recruiting appropriate staff and delays purchasing the lab equipment that needs to be configured to the EPLIS before it can go live.