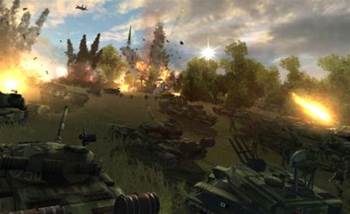 Attack may have been attempt to silence pro-Georgian blogger.

Facebook chief security officer Max Kelly told Cnet News that hackers had sought to target a blogger who goes under the name 'Cyxymu' and has accounts on both social networking sites, as well as LiveJournal, a blogging site which was also affected.

"It was a simultaneous attack across a number of properties targeting him to keep his voice from being heard," Kelly was reported as saying.

"We are actively investigating the source of the attacks, and we hope to be able to find out the individuals involved in the back end and to take action against them if we can."

Kelly declined to comment on who exactly he thought had carried out the attacks, but hinted that Russia-sponsored hackers may have had the most to benefit from such an act.

Graham Cluley, senior technology consultant at security vendor Sophos, said in a blog post that the incident could have been timed to coincide with the first anniversary of Georgian troops moving into South Ossetia, an incident which led to conflict between Russia and Georgia.

"This raises the astonishing thought that a vendetta against a single user caused Twitter to crumble, forcing us to ask serious questions about the site's fragility," he said.

Got a news tip for our journalists? Share it with us anonymously here.
Copyright ©v3.co.uk
Tags:
attackbloggerddosfacebookgeorgiahackersrussiasecuritytwiitertwitter