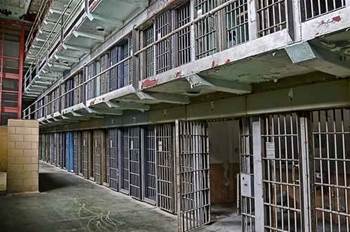 Faces over a decade in prison if found guilty.

News of Stoyanov's arrest which took place in December last year, was reported by the Russian language Kommersant business publication.

Kaspersky later confirmed that Stoyanov had been arrested but said it had nothing to do with the company.

"The case against this employee does not involve Kaspersky Lab,"  the security vendor said in a statement.

"The employee, who is head of the computer incidents investigation team, is under investigation for a period predating his employment at Kaspersky Lab.

"We do not possess details of the investigation."

Kaspersky said its lab work would proceed as normal.

Stoyanov works as a senior cyber investigator at Kaspersky. He also has a past with Russia's ministry of the interior, working at the Moscow cyber crime unit in the first part of the new millennium.

He has taken part in multiple high-profile cyber crime operations with Kaspersky and Russian police, including the investigation into the Lurk gang that disseminated malware to steal over US$30 million from people bank accounts. That operation saw 50 people arrested in Russia.

The two are suspected of treason, by violating article 275 of Russia's criminal code. The FSB alleges both have aided foreign states or organisations in return for money but details are otherwise scant in the case.

Article 275 is a far-reaching statute that was further expanded in 2012, and which classifies as treason the provision of advice or assistance to foreign states or international organisations if they're involved in activitites against Russia.