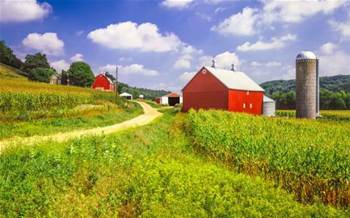 Rural residents are spending thousands of dollars on aerials and repeaters while paying large amounts of money for internet plans with small usage allowances, despite the NBN rollout and the government's efforts to address mobile blackspots.

In a submission to the Department of Communications’ regional telecommunications review [pdf], web developer Glyn O’Keefe, a resident of north-eastern Victoria, described spending approximately $2000 on an external aerial and a repeater to receive mobile phone and wireless internet signals.

“The speed is adequate, but the maximum we are able to receive is 15 gigabytes, and that costs just over $100 per month,” O’Keefe said.

“We were going to apply for NBN satellite, but our neighbours had it and it was so overloaded that the speed was reduced to a snail’s pace. The neighbours went back to wireless.”

In their submission, Adele and Peter Clarke from Jennacubbine in Western Australia said they need to get in their cars and drive up a nearby hill just to make a phone call.

"We cannot rely at all on telecommunications here at Jennacubbine in the event of any emergency," the Clarkes said.

"Our power goes off in any bad weather so we have no landline, no internet, no UHF base and our mobile reception is non-existent - apart from occasional text messages. To use my husbands mobile we need to connect it to the ute antenna and drive 5kms up to a hill to be able to make a call."

Linda Woodrow, a vocational education teacher who lives near the northern rivers town of Kyogle, described problems local residents in her area faced [pdf] as a result of overcrowding on NBN satellite services.

“None of my neighbours just a little lower down the hill can get reliable internet at all,” Woodrow said in her submission.

“The satellite is overloaded, the local exchange has no ADSL, there are no NBN fixed wireless towers in range (or planned), and they can't get mobile reception. This severely impacts the range of businesses and incomes possible, let alone the personal use.

“NBN fibre and fixed wireless needs to be greatly extended. Satellite should be reserved for the truly remote.”

The growing need for wireless internet access for some agricultural tasks was a key point raised in a submission by David Jericho [pdf], a farmer on South Australia’s Eyre Peninsula.

“Today’s new machinery has technology built into it that allows us not only to drive guided GPS signals, but also to communicate with each other, with our dealer, and with a home base. It allows us to vary (according to pre-prepared maps) rates of seed, fertiliser and chemicals applied as we work,” Jericho said.

“Without the use of mobile smart repeaters and directional antennas my mobile service and even my wireless internet service is almost non-existent."

Jericho said he had no alternative to smart repeaters for vehicles or plant.

“I find it annoying that ACMA bans any use of mobile signal boosters, without allowing the industry to develop technologies that would enhance coverage," he wrote.

“Satellite technology needs to be fixed and pointed, therefore, will not address access from vehicles and tractors, harvesters, etc.”

“We currently have no mobile reception. Our internet service cost $60 per month for only 5Gb, in town we would be able to get unlimited,” Heading said.

Heading also noted that she was unable to get wireless internet despite a Telstra tower being located “not far” from her property. It is unclear from the submission whether or not the service was provided through the NBN.

Rural shire councils have also highlighted inadequate download allowances, as well as the costs associated with antennas and repeaters, as key areas of concern.

The Shire of Mansfield, which covers the Mount Buller ski resort in north-eastern Victoria, said current mobile coverage in the area was unable to deal with its fluctuating population during peak holiday seasons. [pdf]

The council claims its permanent population is just 8031, but balloons to 30,000 during ski season. Nearly half its properties are held by non-resident ratepayers, and its total annual visitor population reaches 1.2 million per year.

“Inadequate and geographically inconsistent mobile phone coverage with numerous black spots, extensive grey spots and shadow spots exist right across the municipality. In times of peak usage and visitation, the demand often outstrips the capacity in the areas that do have coverage,” the council wrote.

“Businesses are impacted by a lack of reception and the safety of residents and visitors is severely compromised."

“The ability to adequately utilise an external antenna is dubious as the vast majority of handsets (particularly smartphones) do not have the capacity to conductively connect an external antenna,” the council wrote in its submission.

“The inductive couplers available do not appear to improve reception nearly as well as conductive couplings.”

Last month, the federal government revealed the winning bids for its mobile blackspots program, which will see 499 base stations built in rural and regional areas.