RuleBurst profits on the rise 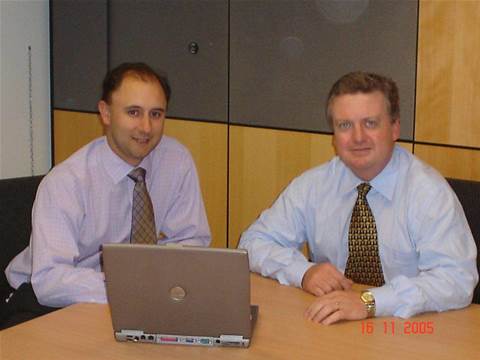 RuleBurst has continued to grow in profitability reaching a profit $3.8m from revenues of $7.3m to the year to 31 June 2006.

RuleBurst has continued to grow in profitability reaching a profit $3.8 million from revenues of $14.7 million to the year to 31 June 2006.

The Australian-owned company is best provides applications and services for the administration of business rules and governance, risk and compliance management.

CEO Surend Dayal said the results were a testament to the overhaul last year of the company’s business model which saw it outsource much of its services work to integrator partners.

“We just do the services that relate to the core product, such as consulting,” he said. “That means we get a higher rate for the services and without the overhead cost of a services arm.

The company had managed to shift its services to licences sales ratio to 50:50 from 80:20 a year ago, Dayal said.

During the year the company had also been a part of IBM’s consortium to deliver the $495 million “Systems for People” project to the Department of Immigration and had secured a beachhead in the US with a new deal with the Internal Revenue Service, Dayal said.

The company had also partnered with Microsoft to allow authoring of business rules using RuleBurst’s natural language authoring tools for deployment in Microsoft's BizTalk Server, and had been selected to by SAP to be integrated into its public sector targeted Industry Value Networks alliance.

“The SAP partnership gives us much more scale to our marketing and effectively gives us a massively extended sales force,” he said. “The deal with the IRS is a great reference for us in the US.”

While the acquisition of IQMS and its Oasis compliance management product had added about $2 million in revenues to RuleBurst’s books this financial year, Dayal said he expected the company to deliver about $5 million in revenue in the fiscal year ahead.