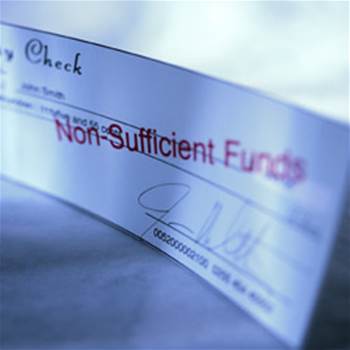 The Federal Government has backpedalled on its bite into the Federal Communications Fund, according to Opposition claims.

The Federal Government has had its Telecommunications Legislation Amendment (Communications Fund) Bill 2008 discharged from the Notice Paper. The Opposition claimed this was the device Labor planned to use to unlock communication funds.

Bruce Billson, Shadow Minister for Communications, said this showed the Rudd Labor Government has quietly retreated from its “reckless and shameless” plan to raid the $2 billion Communications Fund, with the withdrawal of legislation designed to pave its way.

“It is unclear what Labor plans to now do in relation to the Communications Fund, but I am hopeful it has finally accepted its raid was unnecessary and will leave the fund intact to fulfill the purpose for which it was established,” said Billson.

He claimed it was as yet unclear whether the people of rural, regional and remote Australia could take comfort from the decision. Billson said it was not apparent whether the Rudd Labor Government had accepted the arguments of the Opposition or whether they had some other motive.

“The Coalition has expressed its strong opposition to Labor's plan to raid the $2 billion fund, plus its interest, which was established by the former government to address the telecommunications needs of rural, regional and remote Australia in perpetuity,” he said.

“Instead, Labor wants to use the money to help fund a vague, metro-centric national broadband network proposal, but is yet to even clarify on what the money will buy.”

Billson claimed the Rudd Labor Government inherited a massive surplus of funds from the previous government. “It has no valid reason to justify the fund's dismantling. The fund's balance is preserved, not to fall below $2 billion and interest is used to fund recommendations from regular telecommunications reviews of regional Australia,” he said.

He said that at a time when the telecommunications sector and consumers are seeking clarity about the National Broadband Network tender process, Communications Minister, Stephen Conroy, is on an extended overseas trip.

“It would appear he is desperately scratching around the world looking for a way to turn Labor’s broadband sound bites into something resembling sound public policy,” he said.
Got a news tip for our journalists? Share it with us anonymously here.