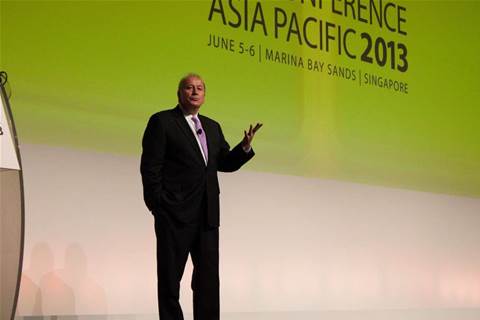 The ABC's Four Corners program claimed Chinese hackers stole blueprints for the new $630 million ASIO building in Canberra and siphoned reams of emails and a highly sensitive document from the Department of Defence.

Coviello said espionage attacks, such as the one alleged, were commonplace.

"Yes, we see it going on all the time," Coviello told SC, noting that he was not referencing the alleged attacks specifically.

"We were talking to a customer recently that was conducting research in a particular country and was concerned about the potential for a breach. It turned out that the company was already contacted by law enforcement that they were already breached."

Governments must share attack data, Coviello said, if they hope to combat security threats. That valuable information could be easily anonymised to protect the organisations and agencies from which it was derived.

He said the methods taken by attackers were "equally as important as the attacks themselves".

Coviello has worked in the tech sector for more than 20 years.

In his keynote at the RSA conference in Singapore today, he said 80 percent of security spend was invested into intrusion prevention.

"We're spending in the wrong places. Our investment strategy and our model is clearly broken."