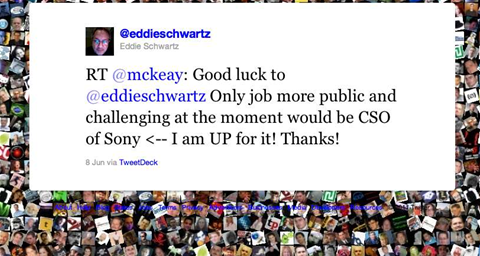 From company that alerted it to hack.

EMC’s security division RSA has plucked its first chief security officer (CSO) from NetWitness, the company it acquired shortly after admitting it was hacked.

Eddie Schwartz, RSA’s new CSO had fulfilled a similar role Netwitness, the company that RSA had credited with discovering the breach which has undermined industry’s trust in RSA’s SecurID two-factor authentication system.

“Only job more public and challenging at the moment would be CSO of Sony,” he re-Tweeted today.  “<-- I am UP for it! Thanks!” he added.

He had also served as the chief technology officer at ManTech Security Technologies Corp, a division of intelligence agency service provider, ManTech International, according to the New York Times.

The CSO appointment mimics Sony’s response to its equally devastating breach, in which it promised to appoint a CISO to ensure the company could avoid a repeat.

At the May AusCERT conference Schwartz spoke with delegates about how to get ahead of the “advanced persistent threats” and zero-day malware that penetrated RSA’s systems.

Following RSA's offer this week to replace as many as 40 million SecurID tokens, three Australian banks have dumped their tokens, including Australia's largest bank, Westpac.