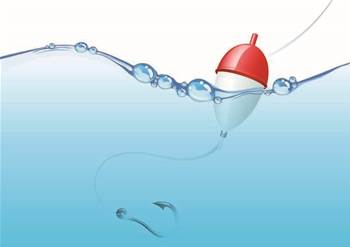 Two Romanian citizens will spend time in US prison for their involvement in a phishing scheme which targeted customers of several banks, eBay and PayPal.

The defendants were part of a criminal collective hailing from Cariova, Romaina, that stole debit and credit card numbers through phishing campaigns to withdraw funds from ATMs without authorisation, according to a release by the US Department of Justice.

After mutual legal assistance between Romania and the United States on an amended treaty, the defendants were extradited in 2010.

A federal investigation launched seven years ago revealed that Boceanu had more than 12,000 credit and debit card numbers stored in email accounts between 2004 and 2007. Bolovan was involved in the racket from 2004 through 2007.

The financial institutions targeted by the defendants include the People's United Bank in Connecticut, Citibank, Capital One, Bank of America, JPMorgan Chase, Comerica Bank, Regions Bank, LaSalle Bank, US Bank, and Wells Fargo.

Got a news tip for our journalists? Share it with us anonymously here.
Copyright © SC Magazine, US edition
Tags:
arrestcrimephishingromaniasecurity