University of Newcastle cuts effort out of research grant applications 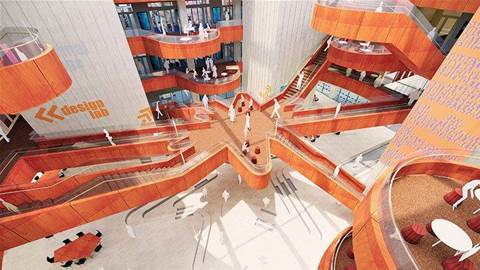 The University of Newcastle used robotic process automation to reduce the amount of manual work required of researchers when applying for competitive grants.

Robotic process automation (RPA) leader Kesley Kernes told the recent UiPathTogether 19 summit in Sydney that the project was recognised in the 2019 Council of Australasian University Directors of IT (CAUDIT) awards.

“To ensure efficient coordination of the grants process and provision of timely institutional data, significant manual work was required by the [university’s] research grants team to extract and monitor data in our internal system.

“This workload peaks from November to March when major grant submissions are due. Peak periods result in a repetitive workload increase from an average of one hour to over ten hours per day.”

Kernes told UiPath’s conference: “We had PhD students copying and pasting Excel spreadsheets from one place to another. What a waste of skills.

“We've been able to reallocate the [time previously spent on this] to helping researchers do better research, so it's a phenomenal success story from our side.”

An RPA bot was developed on UiPath technology by the university’s research and innovation services and IT services organisations, together with consultancy RPA Solutions.

Kernes said the project was a proof-of-concept for RPA technology at the university.

“It took us about eight weeks,” he said. “We knew absolutely nothing [about RPA] when we started.”

Kernes’ team ran an internal marketing effort to overcome resistance to the concept of RPA and software bots.

“We've had to do a marketing exercise going out to all the different departments and having these conversations with individuals outlining what is RPA, how can it impact you, what's the benefit of RPA, and how to identify RPA processes,” he said.

“So by the end of the meeting, I'm up on the whiteboard writing down RPA opportunities, and then I'm following up with them to make sure those are applicable.”

The proof-of-concept was well-received, and that also led to the identification of many more potential use cases.

Kernes believed that automation would eventually become part of many job roles in the future, with this resulting in a much greater use of the technology within the university.

“You'll be employed to do a job and be given the tools to try and automate as much as possible so that you can spend time with customers or in our case students or researchers,” he said.

In the interim, Kernes said his team was seeing increasing interest from staff and students across the university hoping to skill up around RPA.

“With the rollout of this, we're getting more and more interest,” Kernes said.

“We have had hands go up and say, 'Can I learn?’ so we're at that point now of saying, ‘Here's a [training] course. If you show the initiative to go through this program, then let's take the next step'.”

Kernes also saw opportunities to “bring more students into the fold so we can then hand opportunities we identify within the university out to them to automate”.

Student-led RPA solutions would be processed through an internal centre of excellence (CoE) to ensure they met coding standards for use in the university’s production environment.

“The students get to add value back into the university that way, so they get a skill, and we get some automation along the way,” Kernes said of the strategy.