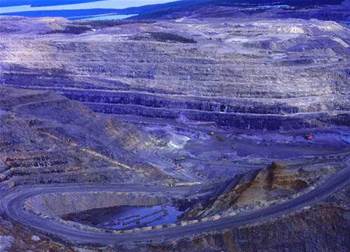 Rio Tinto has praised a series of technology systems that it is using to improve productivity, cut costs and learn from past mistakes.

Addressing an investor day from New York early Wednesday, Rio Tinto's Technology & Innovation group executive Preston Chiaro talked up the key role his group is playing in shaping the future of mining across the company.

"I believe technology is an increasingly important success factor in mining," Chiaro said.

"Improvements in technology can change the way we look at mineral deposits. Ore bodies that once may have been uneconomic can become economic as a result of implementing these new technologies.

"Our focus and investment in both technology and innovation is the base for how we will undertake mining operations globally for decades to come."

Chiaro saw "mines of tomorrow" relying more heavily on remote monitoring and control, an area that Rio Tinto is progressing heavily in the Pilbara via its 'Mine of the Future' program, and in load haul dump automation in mines on both coasts.

He highlighted the considerable cost benefits that could be had by wringing efficiencies out of Rio's existing truck fleets.

"The performance, reliability and availability of critical truck fleets is fundamental to moving the maximum amount of material and maximising payloads in our load and haul cycle," he said.

According to Chiaro, each truck alone costs in excess of $US5 million ($A4.88 million) upfront, requires five operators and "considerable" maintenance works.

"When you consider the fact we don't need to provide housing to these haul truck operators at remote sites, the savings are even greater," Chiaro said.

"A house at a remote site in Australia can cost more than $1 million. If we eliminate the need for just one truck we require five fewer operators and five fewer houses, so the savings multiply."

"We also aim to optimise payloads in our haul trucks, something many other mining companies don't even measure," he continued.

Though payload improvements since 2008 translated "to six fewer haul trucks" in Rio's worldwide fleet, Chiaro said he believes the reduction is closer to 25 trucks when taking into account earlier years where payload improvements were pursued but "measurement systems weren't quite as robust as they are today".

Taken together, Rio Tinto has reduced its truck fleet by up to 43 vehicles since 2006, generating considerable savings for the miner.

Chiaro said a "post-investment review database" is maintained, "where T&I captures lessons from completed major capital projects so they can be shared across the group to promote leading practice and avoid past mistakes".

Despite the successes, Chiaro is acutely aware of the constrained capital environment that miners currently find themselves in.

"I can assure you my team is tightly focused on capital expenditure and operating cost management," he said.

"[But] we also keep a keen eye on the medium to long term issues."