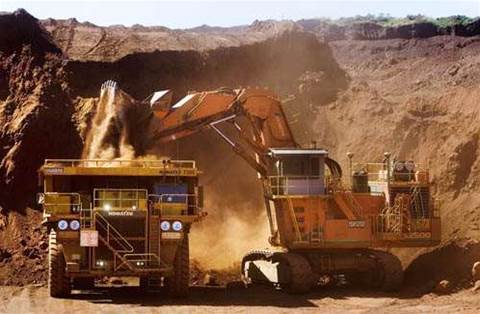 Second production mine site to be 'world's largest' installation.

Rio Tinto has selected its Nammuldi iron ore mine in Western Australia as the next production mine site to deploy driverless trucks.

The mining giant posted a series of job advertisements last month that identified Nammuldi as the second site to receive the trucks under the autonomous haulage systems (AHS) program.

The company said that Nammuldi would be "the world's largest deployment of autonomous haulage systems ... and play a pivotal role in Rio Tinto's substantial growth plans across the Pilbara".

A spokeswoman declined to comment on the rollout plans for trucks at the site, citing the early stage of the project.

The first driverless trucks under the AHS program were introduced into a production mine — the Junction South East pit at Yandicoogina — in April.

Prior to that, the technology had been trialled at the firm's West Angelas mine, where they were limited to dumping 'waste' products for a total of 897 days.

Rio Tinto has ordered 150 autonomous trucks from Komatsu, to be delivered during the next four years.

It has disclosed little about the locations and order in which the trucks are to be delivered to working sites.

Rio Tinto has spent the past two months promoting the impending deployment at Nammuldi, and the potential new skills on offer to workers at the site.

Earlier this year, the company announced a $2 billion investment to extend the life of the Nammuldi mine.

The Nammuldi mine is located 60 kilometres north-west of Tom Price, in Western Australia's Pilbara region.

Rio Tinto is rolling out a broad automation program for its Pilbara mines under the banner of 'Mine of the Future'.