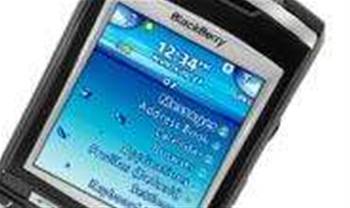 RIM has vowed to protect the security of its BlackBerry devices, following demands for access to the system by the Indian Government.

Two Indian Government departments - those responsible for telecoms and external affairs - have tried repeatedly over the last few months to persuade the BlackBerry maker to locate some of its servers in India for monitoring purposes.

India's Government is currently battling a number of insurgencies across the country. It is thought that terrorists may be using the devices to communicate, and that the Government would like to intercept these messages.

"Solving the issue of BlackBerry is high on our agenda," said J Scindia, minister of state for telecoms, according to the Times of India newspaper.

"We will discuss the issue in the Telecom Commission... [the] country's security is of paramount importance," Telecom Minister A Raja told the same publication.

The Indian Government and RIM reportedly met in April, but RIM appears steadfast.

Releasing a statement on Friday, it defended its security practices, claiming it would be impossible for any organisation to gain access to users' data because it was encrypted all the way from the BlackBerry Enterprise Server to the user's device, and only the user holds the key.

"The BlackBerry security architecture for enterprise customers is purposefully designed to exclude the capability for RIM or any third party to read encrypted information under any circumstances," the statement read. "RIM would simply be unable to accommodate any request for a copy of a customer's encryption key since at no time does RIM, or any wireless network operator, ever possess a copy of the key."

RIM said it would make no difference locating its servers in another country because the data passed encrypted through its servers so the data would be unreadable in any case.

A fourth operator, Tata Teleservices, has been denied permission by the Government to launch services apparently because of its security concerns. A fifth operator, state-owned BSNL, is awaiting regulatory clearance.

See original article on scmagazineus.com
Got a news tip for our journalists? Share it with us anonymously here.
Copyright © SC Magazine, US edition
Tags:
datadecryptdemandsfirmindianoverrimsecuritystandsto