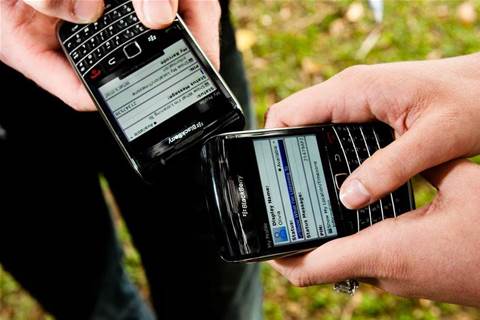 Mobile infringes on its BlackBerry trademark, according to RIM.

RIM has filed a lawsuit against Samsung over its BlackJack phone.

The company is claiming that Samsung's phone violates its BlackBerry trademark.

RIM is requesting that Samsung cease selling the BlackJack and Black Carbon phones and it's also seeking unspecified damages, according to the lawsuit filed in California on Friday.

"Samsung is misleading the public into falsely believing that Samsung's goods and services are connected with RIM's business," the filing states, as reported by InfoWorld.

According to the paper, a Samsung spokesman declined to comment on the matter. "Samsung is not going to comment on pending litigation," he said.

Got a news tip for our journalists? Share it with us anonymously here.
Copyright ©v3.co.uk
Tags:
blackjack happy not phone rim samsung telco/isp with