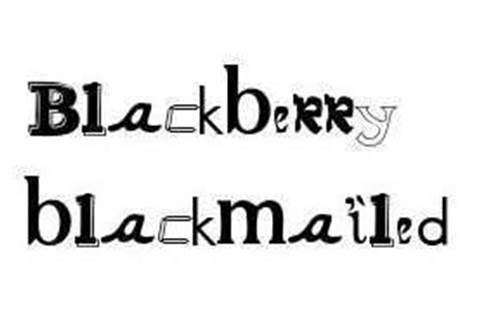 Hackers have blackmailed BlackBerry maker RIM, threatening to release names, telephone numbers and addresses of its employees if it provides information on British rioters to police.

TeaMp0isoN claimed to have stolen the details when it defaced the official BlackBerry blog. 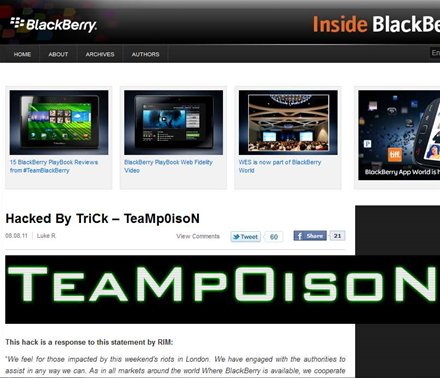 iTnews' sister publication SC attempted to contact the hacker group but had not independently verified that the database was stolen by the time of publication.

It attacked BlackBerry after a RIM said it would "assist authorities battling the riots.

"We have engaged with the authorities to assist in any way we can," the company's managing director Patrick Spence told Pocket-Lint.

"As in all markets around the world where BlackBerry is available, we co-operate with local telecommunications operators, law enforcement and regulatory officials."

In a message on RIM's website, TeaMp0isoN warned that it would dump employee details if the company assisted the UK police.

"If you do assist the police by giving them chat logs, GPS locations, customer information & access to peoples BlackBerryMessengers, you will regret it. We have access to your database which includes your employees information; e.g – addresses, names, phone numbers etc. – now if u (sic) assist the police, we _WILL_ make this information public and pass it onto rioters…. do you really want a bunch of angry youths on your employees doorsteps? Think about it…. and don’t think that the police will protect your employees, the police can’t protect themselves let alone protect others….. if you make the wrong choice your database will be made public, save yourself the embarrassment and make the right choice. don’t be a puppet.."

RIM was called on to turn over logs to police after it was alleged that the BlackBerry Messenger service was used to coordinate the riots.

BlackBerry was the most popular mobile with British teenagers.

One BlackBerry message seen by the Guardian called on "everyone from all sides of London" to vandalise shops on Oxford street.

In a separate attack, TeaMp0isoN also targeted the GumTree.com.au forum, which remains offline.