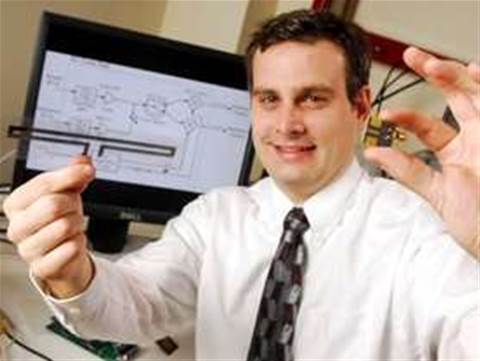 Worldwide radio frequency ID markets are expected to reach US$8.4 billion in 2012 from a base of US$3.8 billion in 2007, experts predict..

ABI Research said that the 2007 figure represents 24 percent growth over 2006, and that the growth curve to 2012 indicates a compound annual growth rate of 21 percent.

"Given the recent activity and anticipation surrounding RFID technology, one might be tempted to believe that the RFID market has been experiencing explosive growth," said ABI Research director Michael Liard.

"But while uptake of full-scale RFID systems remains slower than many in the industry had hoped, steady growth continues and there is an overall sense of cautious optimism in the market."

Liard pointed out that, while few large RFID implementations have been announced, extensive pilot programmes and closed-loop deployments are demonstrating the value propositions and cost justification.

"From pilots to small implementations to full deployments, activity has been brisk for passive and active solutions," the analyst said.

"The fashion apparel and footwear market is undergoing heavy pilot and trial activity, especially within Europe via programmes at Marks & Spencer and Metro.

"Government ID documents are another strong volume segment, particularly for e-passports and national ID cards in China."
Got a news tip for our journalists? Share it with us anonymously here.
Copyright ©v3.co.uk
Tags:
2012 8bn hardware in market reach rfid to