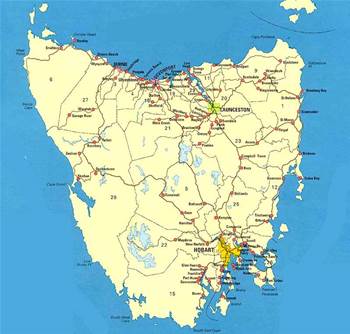 Will secede from mainland in favour of NZ's UFB.

The Tasmanian government has made the explosive revelation that it severed the Basslink subsea cable as part of a secret plan to secede from Australia and join New Zealand in order to access its national full-fibre network.

The fault in Basslink's electricity cable has disrupted services to Tasmanian users since it was first identified last December.

Until now, it has not been known what caused the cable to break.

In a surprise admission today, the Tasmanian government revealed it had severed the cable as the first step in plans to leave Australia in protest over the government's multi-technology mix NBN.

Under the original version of the NBN rollout, Tasmanian houses and businesses had been scheduled to receive full fibre-to-the-premise.

Before the rollout could be complete, however, the Liberal government came to power and brought with it a new NBN made up of a mix of technologies.

Fed up with inferior broadband and its general treament from the Australian mainland, the Tasmanian government has opted to sever its ties and become a state of New Zealand in order to access the country's ultra-fast broadband (UFB) fibre-to-the-home network.

Senior sources within the Tasmanian government said it had reached agreement with New Zealand to extend the UFB via subsea cable to the island state.

They said Tasmania had put up with being treated like the black sheep of the family for too long.

"New Zealand has welcomed us with open arms. We will finally get the infrastructure Tasmania needs and deserves," one said.

Australian Prime Minister Malcolm Turnbull said he was unaware of Tasmania and declined to comment.