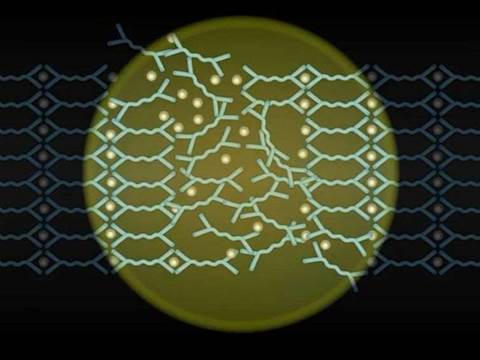 Smartphone and consumer electronics manufacturers could soon be able to include self-repairing screens in devices, according to scientists in Switzerland.

Screen scratches, from keys in pockets or grit in bags, can ruin the displays on portable devices, but researchers at the University of Fribourg in Germany have come up with a self-healing technology that would smooth away the problem.

According to the scientists, scratched materials - from car paints to tablet screens - could repair themselves in less than a minute when exposed to ultraviolet light using a special polymer coating.

“Smartphones and MP3 players is just one application that one could envision using the technology,” said Christoph Weder, director of polymer chemistry and materials at Fribourg. “Although at the present materials are not yet rigid enough for this application, they should be in future.”

The repair mechanism is based on applying a film of polymers that have special properties at the molecular level, and bind together to form a constant material coating.

According to the scientists, when the material is irradiated with intense ultraviolet light, the assembled structures are temporarily unglued so that a scratch marring a surface melts away.

“This transforms the originally solid material into a liquid that flows easily,” the researchers said. “When the light is switched off, the material re-assembles and solidifies again: the original properties are restored.”

Although the scientists have demonstrated the polymers in action, they admitted the technology should be viewed like a concept car – an idea that they hope will make it into commercial production eventually.