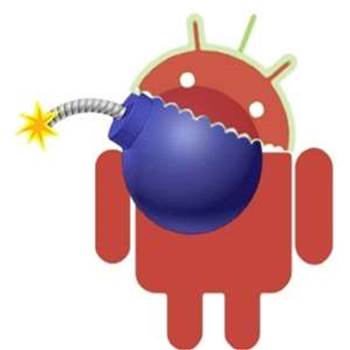 A newly discovered vulnerability in the Android operating system allows attackers to remotely wipe data from unpatched smartphones — including several available in Australia — a security researcher has found.

Ravi Borgaonkar, a researcher at the Telecommunications Department at the Technical University of Berlin, demonstrated the vulnerability at the Ekoparty security conference in Argentina.

The vulnerability allowed Borgaonkar to effectively render the phone inoperable by sending a website, QR code, NFC transmission or pushed SMS message to the device.

Though most methods of attack required the user to open a website link,he demonstrated some affected Samsung devices allowing remote wiping without user intervention through a pushed SMS message with WAP formatting.

The attack uses Unstructured Supplementary Service Data (USSD) codes, a protocol that allows GSM phones to communicate with computers at telco providers for a range of services, and is found in the majority of devices. It is primarily used to top up prepay phones, check balances, provide callbacks and a range of other services.

However, USSD codes can also be used to activate features on the phones themselves, including initiating a factory reset of the device or locking out the user.

Borgaonkar said a Samsung Galaxy SIII could effectively have its SIM card deactivated and the phone wiped in three seconds, without the user being able to stop the attack.

All Android devices are vulnerable to USSD attacks delivered via QR barcodes as they open websites, Borgaonkar said. Phones with the Near Field Communications (NFC) feature could also be attacked.

Since discovery of the attack this week, users have reported mixed success in using the hack in different Android phones, using both the stock operating system developed by Google and variants of the system.

Tests conducted by iTnews found the Samsung Galaxy Tab 10.1 was not receptive the attack, which requires a phone dialler interface, but was able to successful replicate the remote wipe vulnerability on a HTC Velocity, which is sold in Australia by Telstra.

Users have since reported varying USSD codes required to trigger a factory reset, including for Samsung's latest Android phone, the Galaxy SIII.

The vulnerability also reportedly affected the 4G version of the smartphone, set to be sold by Telstra and Optus in Australia.

Android Police reported that Samsung had issued a firmware patch to fix the vulnerability in its Galaxy SIII device that prevents USSD code attacks.

The vulnerability is an Android specific one, the site said, and has been known for some time with vendors being slow to issue security patches.

An iPhone 3GS, which runs Apple's iOS operating system, displayed a dialog with the USSD code but not the IMEI number sequence. A Nokia Symbian^3 phone showed an "invalid phone number" dialog.

A Windows Phone 7.5 device from HTC refused to execute the USSD code through the web page.

Borgaonkar suggested the vulnerability could be mitigated by turning off the Service Loading feature to prevent USSD codes from executing via SMS, and also to uninstall popular barcode scanner applications like QR Droid. He also suggested users turn off NFC connectivity.

Using a second dialler app on the phone could also work, as Android will ask users to select one if it encounters a USSD code.