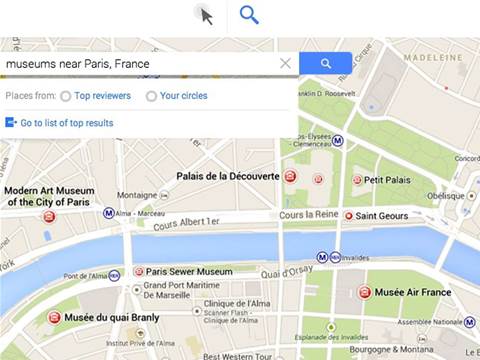 Antitrust regulators are conducting a preliminary inquiry into Google Inc's recent acquisition of online mapping service Waze, according to a person with knowledge of the matter.

The inquiry by the US Federal Trade Commission has not reached the level of an investigation and Google is complying voluntarily, the source said.

Google paid just over US$1 billion in cash to acquire Israel-based Waze earlier this month, sources familiar with the matter have told Reuters. Google was able to close the deal without U.S. regulatory approval because Waze's revenue and assets in the US were below the US$70.9 million threshold required for antitrust review.

The four-year-old Waze has 47 million users but has only recently begun efforts to generate revenue from its service. Waze uses satellite signals from members' smartphones to generate maps and traffic data, which it then shares with other users, offering real-time traffic info.

Maps and navigation services have become vital for technology companies as consumers adopt smartphones and other mobile devices. Google's existing online mapping service is one of the most popular, and analysts say Google might have been motivated by a desire to keep Waze and its real-time traffic information out of rivals' hands.

Social networking company Facebook Inc held discussions to acquire Waze before Google made its offer, according to a source familiar with the matter.

It is unclear whether the FTC inquiry relates to Google's assessment of the value of Waze's US-based assets such as its intellectual property and Google's decision to bypass US regulatory approval, or if the FTC is examining the broader question of whether the deal poses competitive issues.

Under a formal investigation, the FTC will send companies so-called civil investigative demands.

Google, the world's dominant online search engine, has faced growing regulatory scrutiny in recent years. The FTC ended an investigation into Google's business practices in January, concluding that the search giant had not manipulated its Web search results to hurt rivals.

Google is currently trying to convince European antitrust investigators to wrap up a separate antitrust probe, and has offered to change some search pages to give more space to rivals in order to satisfy their concerns.