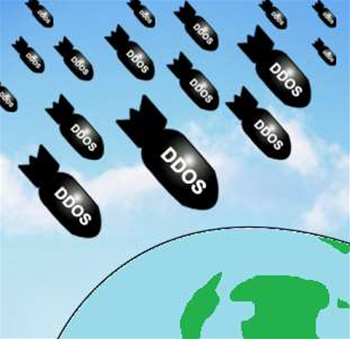 According to the Twitter feed for @RedditStatus, the site mitigated part of the attack as of 8 a.m. EST. Not surprisingly, there is a thread devoted specifically to the attacks on Reddit, in which a Reddit team member describes the attacks as being launched by "[s]omeone with a lot of time and bandwidth on their hands."

The motivation of the attack is unclear. But Reddit has come under fire in recent days for its "crowdsourcing" efforts to determine the identities of the Boston Marathon bombers, an effort that led to some to question whether the endeavor was more of a "witch hunt" that would result in innocent people being harmed. Others have supported the idea.

No matter the case, the site predictably has experienced a surge in traffic since the blasts, but not nearly as much as the DDoS brought.

"The load from the Boston incident was measurable," the Reddit admin wrote. "The attack, which is ongoing, is orders of magnitude larger. We're mitigating it the best we can."

The size of DDoS attacks have been on the rise in recent months, with security firm Prolexic finding the average bandwidth in the first quarter of 2013 to be 48.25 gigabytes per second, eight times more than the final quarter of 2012. Attackers are now using more sophisticated methods, such as relying on botnets of compromised web servers as opposed to individual PCs.

Got a news tip for our journalists? Share it with us anonymously here.
Copyright © SC Magazine, US edition
Tags:
ddosredditsecurity