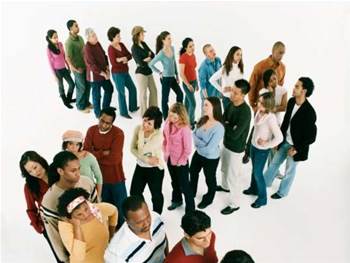 Queues have already started for those wanting to purchase Apple's iPhone, which goes on sale in the US on Friday.

US$60-US$100 per month and buyers must sign up for a two-year contract.

In New York some people have been queuing at the Apple Store for three days in temperatures of over 90 degrees to guarantee getting the must-have gadget.

"Against my parents' wishes, I stayed on Fifth Avenue all night last night," wrote David Clayman, the third person in the queue, on his blog.

"I was only able to sleep for one and a half hours. It's very hard to get shut-eye when bulldozers and trucks are bouncing down the street at all hours of the night."

Clayman said that hygiene was proving to be a problem, but that local companies were sending down T-shirts for those in line.

He was being accused of cheating by some for popping into the Apple store and writing his blog on the computers. Clayman is spending his time chatting to others in line and studying a SAP textbook.

Severe storms are expected to hit New York tonight, which may cool the enthusiasm at 'Camp iPhone', as it is known.
Got a news tip for our journalists? Share it with us anonymously here.
Copyright ©v3.co.uk
Tags:
atcampiphonenewqueuesstarttelco/ispyork